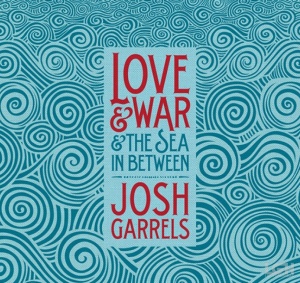 I very rarely pass on musical recommendations, but this one is an absolute zinger. I’m indebted to John McKenna for introducing me to the best artist I’ve come across this year…

Josh Garrels is a Portland folk musician who makes the most beautiful, chilled, spiritual music. I don’t want to compare him to anyone else, as while some of his sound is familiar, he also takes musical risks – and I always love people who do that. He’s apparently been releasing albums since 2002, so I’m amazed that I’ve never come across him before. After a few days of constant listening, this guy is definitely going to be providing the soundtrack to my summer, and I’m immediately filing him (although not comparing him to) alongside the likes of Sufjan Stevens and Gungor at the Top of my personal Pops.

And here’s the really exciting news… his 2011 album Love & War & The Sea In Between is currently available to download for FREE from Josh’s site until early June 2012.

My sincere advice – get on it. He’s not my friend or anything – I just genuinely think he’s brilliant, and I hope you agree.